We’ve been quite busy since I last checked in during November, following the OpenStack Summit for Ocata.

Unpublished as of my last post here, at the Ocata Summit I sat down with Lisa-Marie Namphy for an eight minute chat about the strides made by the OpenStack Infrastructure team in the recent Newton cycle, including doubling of test capacity. Conversation wrapped up by talking about the book, which she had me sign at the end of the interview. The full video is online here: OpenStack® Project Infra: Elizabeth K. Joseph shares how test capacity doubled in Newton 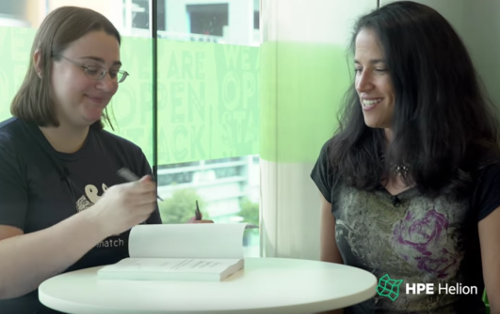 On November 4th an overview of the book was written by James Gray of Linux Journal Elizabeth K. Joseph and Matt Fischer’s Common OpenStack Deployments. Huge thanks to Jay for taking the time to write about it.

November 14th marked the release of Linux Luddites Episode #91, where I spoke with the cast at length about what OpenStack was, and the basic history and rationale behind the project. I went on to explain how the book broke down the complicated concepts and components into a simpler introduction to OpenStack through a series of real-world examples using the open source Puppet modules. I had previously spoken to the crew about Xubuntu, so it was a lot of fun to rejoin them to talk about OpenStack.

Later in November, Matt has published a couple blog posts related to Keystone that bring to the forefront some of the features in the Ocata release:

Note: The book covers the Mitaka release and modules won’t be updated to Ocata. We’ll look at updating beyond Mitaka if we do a second edition. 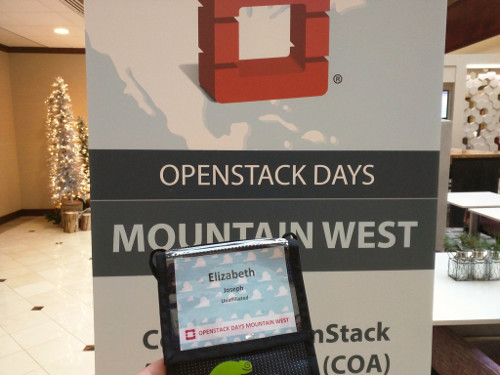 In January I started working at Mesosphere as I work my way up the stack to focus more on containers an application orchestration. In February I met with my new team and we had a meetup where we talked about DC/OS, K8s, OpenStack. For my part, I covered the positioning of OpenStack related to both Kubernetes and DC/OS, and how they can be used in collaboration with each other. 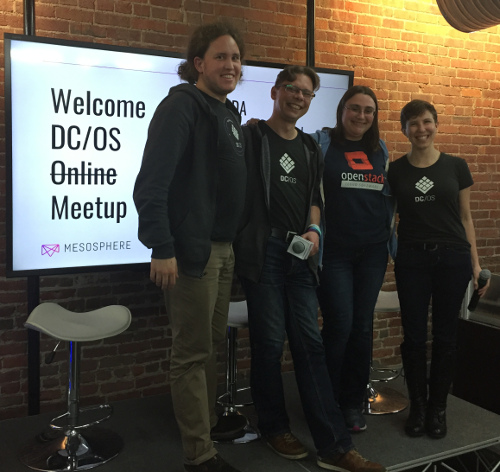 A recording of the panel is available at DC/OS meetup: Meet the OSS Team!

We also recently started having more feedback from the book trickle in. We love hearing from readers, even if it’s filing an issue on GitHub if they’ve encountered while sampling a deployment. If you’ve bought the book, also do consider doing us a huge favor and placing an informative review on Amazon.