In her role on this team, she supported OpenStack developers as they made contributions to the project and was active on OpenStack development mailing lists, and has worked on test engineering for the OpenStack on OpenStack (TripleO) project. She has given tutorials on the basics of OpenStack for San Francisco Bay Area organizations and regularly attends the bi-annual OpenStack Design Summits. A regular speaker on Open Source topics at conferences world-wide, her work beyond OpenStack includes contributions to the Ubuntu project and serving on the board of a non-profit that puts Linux-based computers in public schools.

She writes about life and technology on her blog at http://princessleia.com/journal/ 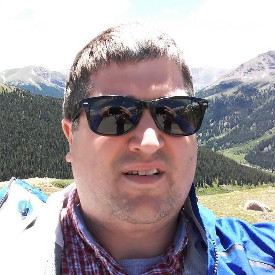 Matt Fischer has worked as a software developer for over 15 years in roles ranging from UNIX kernel to mobile phone development to devops. Matt currently works on a team deploying and running OpenStack and has been using Puppet to deploy OpenStack since 2013. When not solving automation problems, Matt enjoys hiking, camping, skiing, craft beer, and spending time with his family in Fort Collins, Colorado.

Matt’s development blog has a number of articles on OpenStack and is available here: http://www.mattfischer.com/blog/